PROFILE
Tsuneo Kaibori was born in Osaka Prefecture in 1931. He graduated from the Faculty of Economics of Kyoto University in 1954. In 1952, when he was still a student of Kyoto University, he co-founded Asahi Tokushu Goban (currently, Asahi Woodtec Corporation), a manufacturer of wood building materials, with his elder brother, Mr. Torakazu Kaibori. Mr. Tsuneo Kaibori assumed the office of President in 1989, Chairman in 1997, and adviser in 2002. He received the Industrial Achievement Medal from the Governor of Osaka in 1998.


Mr. Tsuneo Kaibori was honored with the Medal with Dark Blue Ribbon in recognition of his generous donations to Kyoto University. The medal and the certificate were granted to him on February 4, 2016, by Vice President Yoshihiro Tokuga. At the awarding ceremony, he stated that both he and his elder brother were graduates from Kyoto University and added, "I just wanted to repay the university, since my brother and I owe to it what we are today." Taking the opportunity of receiving the Medal with Dark Blue Ribbon, your correspondent had the pleasure of hearing from Mr. Kaibori about his memories of his days at Kyoto University. 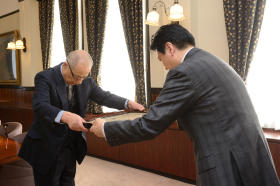 During World War II, it was banned to study English, since it was the language of the enemy. After the end of the war, however, students were encouraged to study English. This was an epochal incident that marked the radical change from the wartime to the post-war time. During the war, I did not study English at all, but after the war, I had to prepare for a test in English in the entrance examination. I had to struggle to find study materials since few were available.
I enrolled at Kyoto University in 1950. Since the university system also changed radically, our senior students, who were proud of having been admitted under the old system, looked down on us freshmen, so I sometimes felt an inferiority complex toward them. During the post-war period, we had to endure shortages of food. Since rice was rationed, we needed coupons to eat out.
Everything changed very rapidly during the four years I spent at Kyoto University. Toward the end of my student days, the food coupon system was abolished. In the neighborhood of Kiyamachi where I lodged, increasing numbers of restaurants and bars began to open. Looking at the rapid changes of the quarter firsthand, I developed a strong attachment to the district, and even after graduating from the university, I frequently visited there.
When I was a junior student, I started a business with my elder brother. My father, who dealt in precious wood materials, knew well that in the long term it would be difficult to sustain his business. So he encouraged us to find a new way to utilize the knowledge and technologies he had accumulated in his business. At that time, I had just been admitted to a distinguished seminar held by Professor Minoru Nakatani. So my engagement in a new business probably caused a headache to the professor, but I managed to attend his classes and complete my course work. After graduation, however, I wished to study a few subjects, particularly business administration, again at Kyoto University.

My father was very eager to promote education. In 1975, he founded the Kaibori Scholarship Fund, which still continues to provide scholarships to university students, including those of Kyoto University. I have long wanted to repay Kyoto University, since my brother and I owe to it what we are today. When the E2 Society, which had organized class reunions for many years, was disbanded due to the aging of its members, we donated the remaining funds of the society to the alumni association of the Faculty of Economics. On that occasion, I learned of the existence of the Kyoto University Fund. Later, I sent a donation to the fund via the Internet to fulfill my long-cherished wish. I had never expected to receive such an honor. I will continue to support Kyoto University and its students, expecting the further development of Kyoto University and the great success of its students in the future. 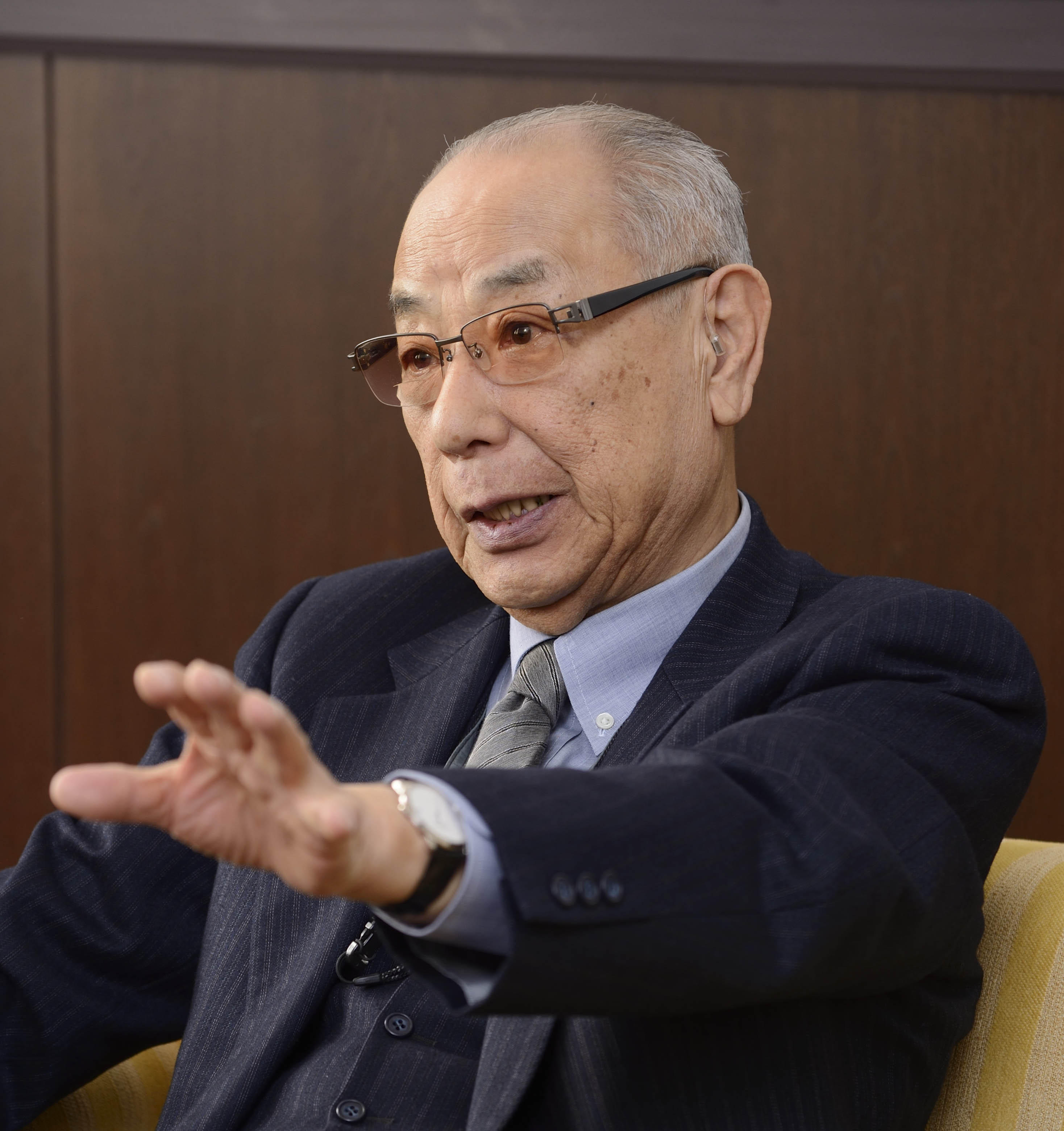