For future-oriented astronomy research and the dissemination of its accomplishments

The three main facilities comprising the Kyoto University Graduate School of Science Affiliated Observatories -- namely, the Kwasan Observatory, Hida Observatory, and Okayama Observatory (tentative name, currently under construction) -- are widely expected to fulfill a major role as leading world centers for astronomical observations, education, and research. With its 3.8 meter telescope -- the largest in East Asia -- the new Okayama Observatory will be engaged in a search for explosive astronomical phenomena and extrasolar planets. As a facility for world-class observations of solar spectral events, the domeless telescope of the Hida Observatory has aided our understanding of the mechanisms underlying solar flares and has contributed to space weather forecasts aimed at protecting the future of the human race. Finally, the Kwasan Observatory in Kyoto's Yamashina Ward has maintained its tradition as a "mecca" for amateur astronomers, and in that role, sponsors stargazing parties and facility tours for the general public and the children who hold our future in their hands.

However, developing an understanding of astronomical events is something that demands long-term research, and the maintenance of observatory facilities is a considerably expensive undertaking. For some time now, Kyoto University has had a tough time raising the funds to fully offset the expenses associated with the operation of the telescope at the Hida Observatory or the stargazing parties and facility tours for the public at the Okayama and Kwasan Observatories. These realities prompted it to launch the Kyoto University Observatory Fund in 2014.

The Fund is aimed at preparing human resources with the ability to open new horizons for humankind with a universe-oriented perspective. To that end, it will be utilized for telescope maintenance and operations at the Kwasan, Hida, and Okayama observatories, the promotion of international joint research, and social contributions through the stargazing parties and facility tours for the general public and children. 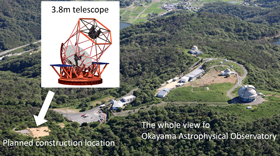 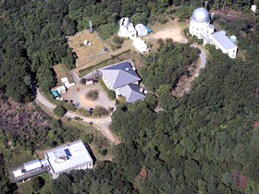 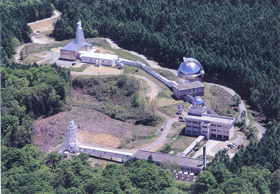 Sponsorship of stargazing parties and facility tours; maintenance of facilities and equipment used in astronomy workshops for elementary-, middle-, and high-school students

Promotion of activities associated with international joint research projects involving the Kyoto University affiliated observatories and institutions for research and education in other countries (e.g., Peru)